Tweet
Pin It
Posted September 19, 2013 by Samantha Alexander in Fashion

or those of you just joining us check out Part One of this article where I  explain how I ended up at NY for Fashion Week 2013 for the Spring/Summer collections and give you a taste of some New York street style.

For everyone else lets get right into the second part of this New York adventure wherein I have one of the best days ever. The day started with Heather and I grabbing breakfast at Starlight Diner before making our way to the Derek Lam show to see what we could find. What we found was some good street style but no access to the show so we continued on to DKNY. Even though the DKNY show was visible to the public it was already so jammed packed with on lookers and police telling people to stand back we couldn’t find a good spot. So once again we moved along with plans to head back to Lincoln Center. A little bummed we decided to take a break and stop for a second to plan out our route to Lincoln Center. This was probably one of the best decisions we’ve ever made. 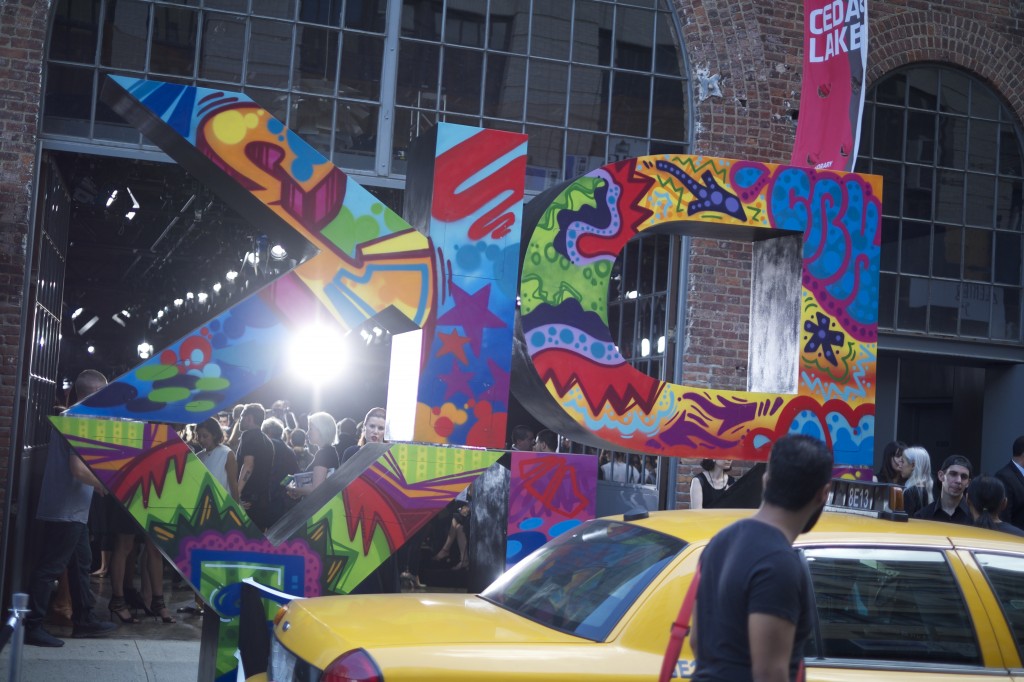 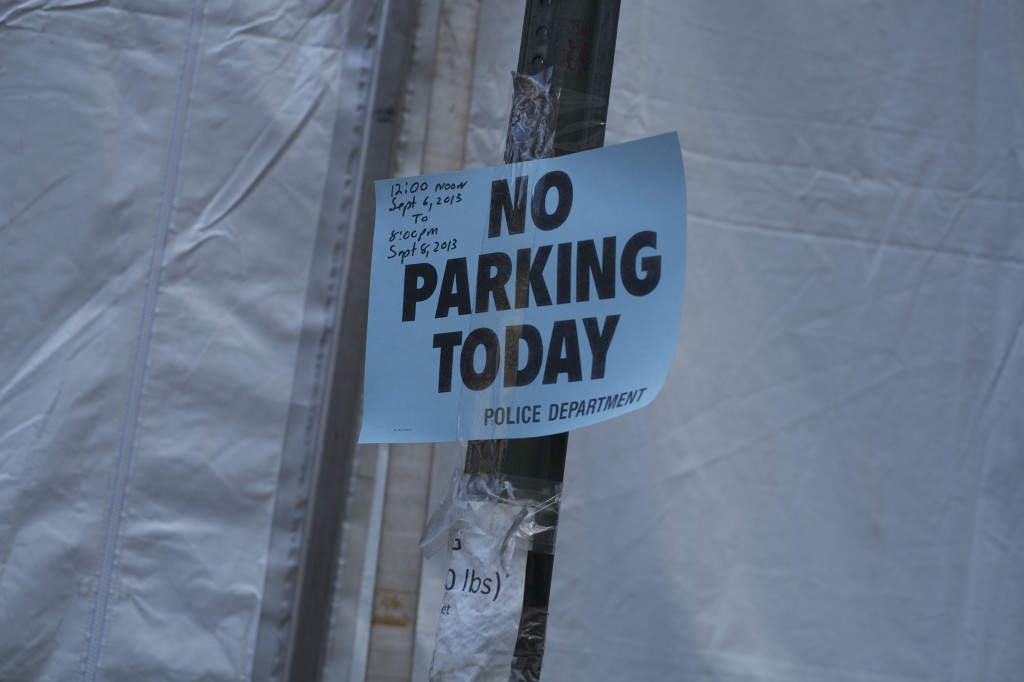 Without getting into too much detail and to keep a long story short I’ll just say that during our break we were approached by a kind gentleman who told us that he could get us into the Dian Von Furstenberg show happening at 4 that afternoon. Needless to say we were wary but we took the chance and the pay off was sweet.

Yes everyone, with the help of the kind gentleman Heather and I found ourselves at the Diane Von Furstenberg fashion show. We weren’t in prime seats for picture taking but we didn’t care, we got what we could and sat back and reveled in the fact that we were there watching Diane Von Furstenberg’s designs go down the runway right in front of us, modeled by beautiful women such as Joan Smalls and the legendary Naomi Campbell. 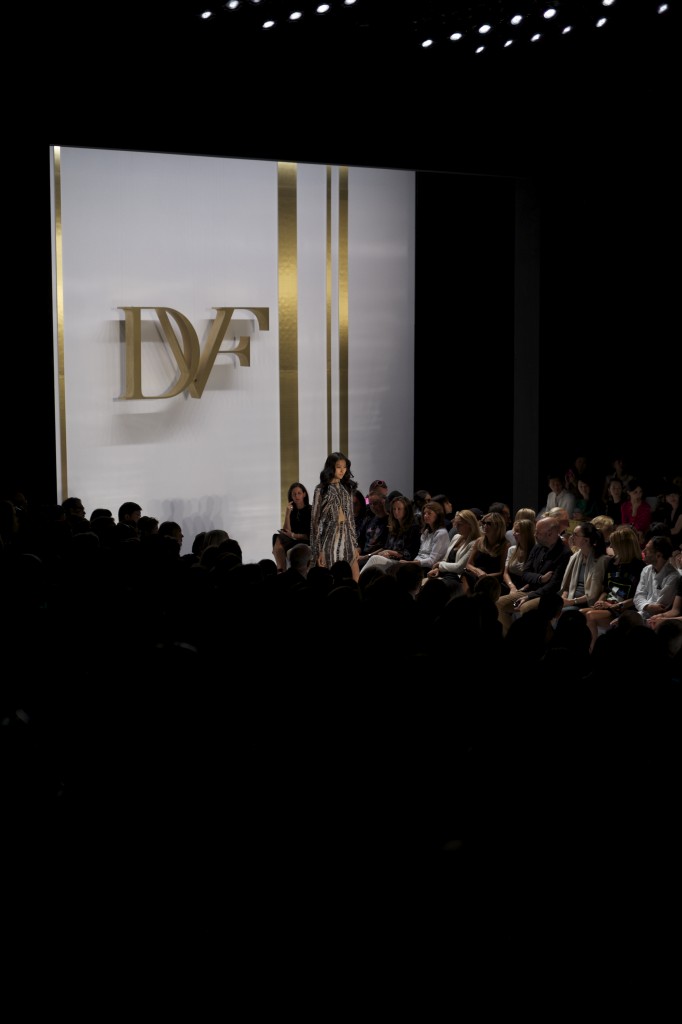 Our fashion fortune didn’t stop there though. After the DFV show we found ourselves BACKSTAGE at the Vivienne Tam show. Backstage is a whole different world, with hundreds of people dashing about wildly with cameras and makeup brushes, while models are zipped and laced into their clothes with curlers and pins still in their hair. 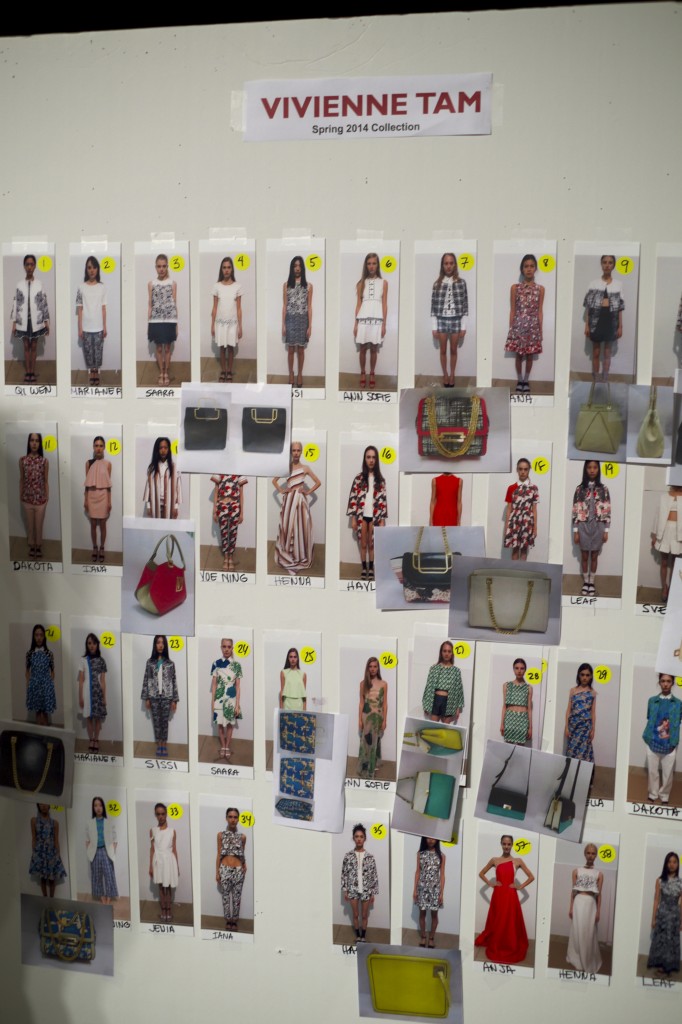 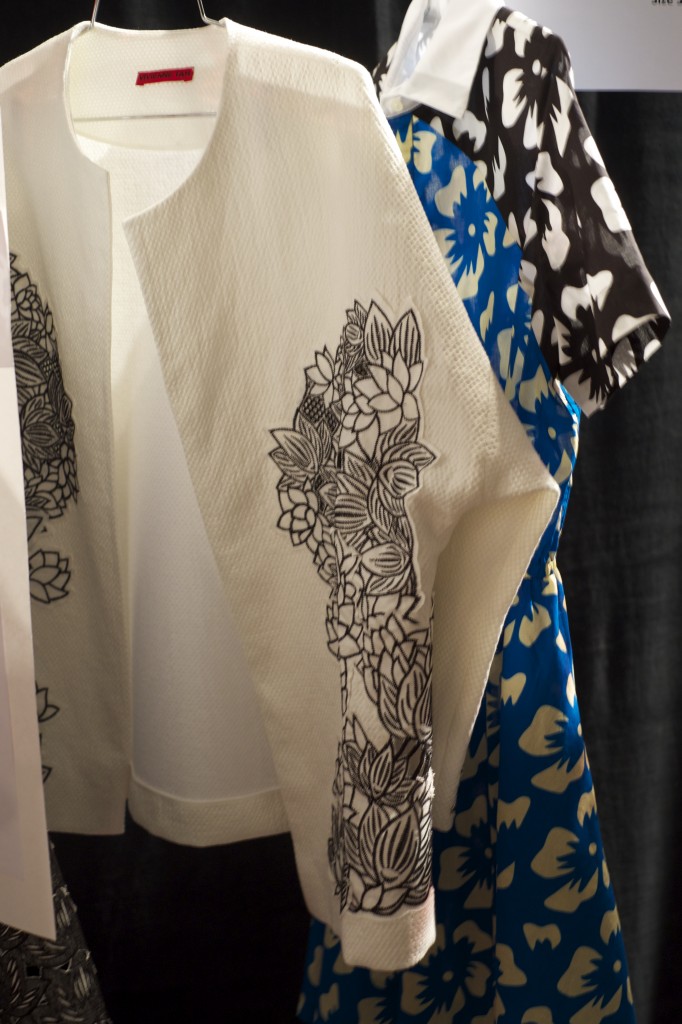 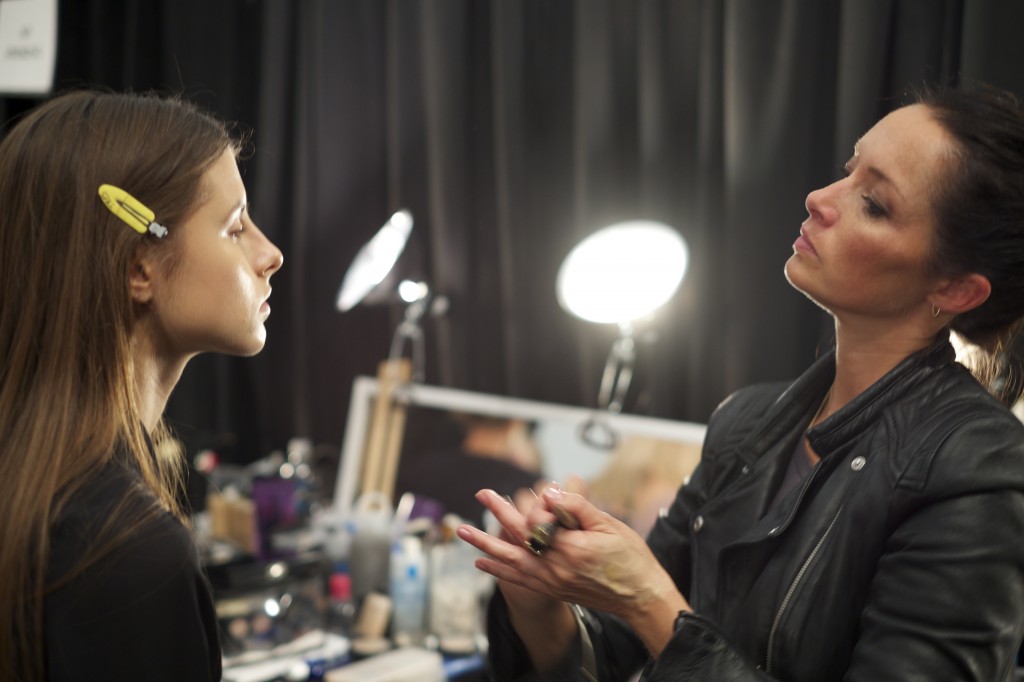 Being backstage at Vivienne Tam also allowed us to see both the practice run through of the show and the actual show itself. 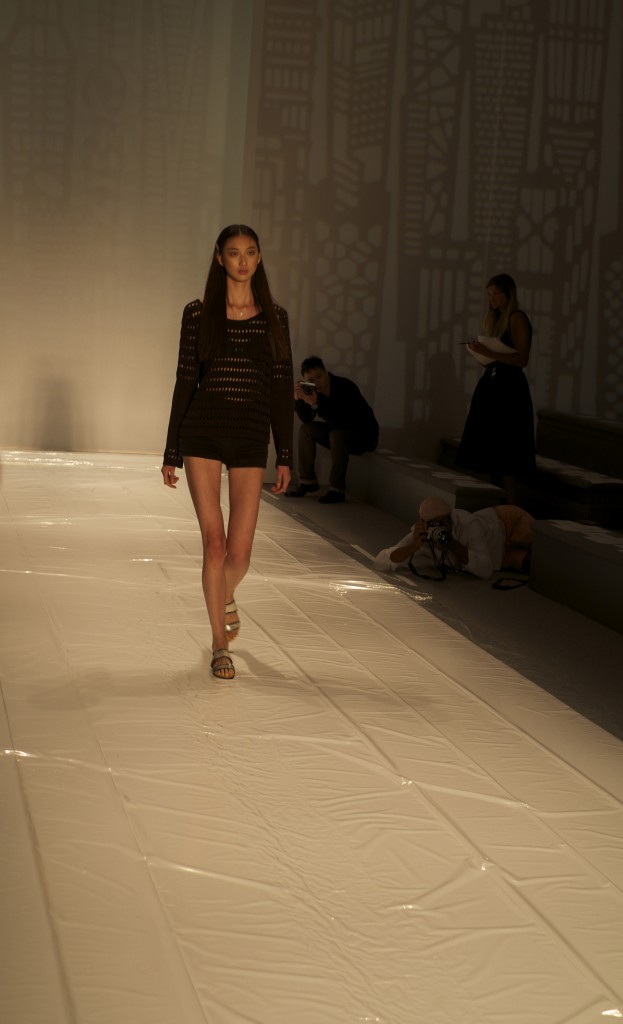 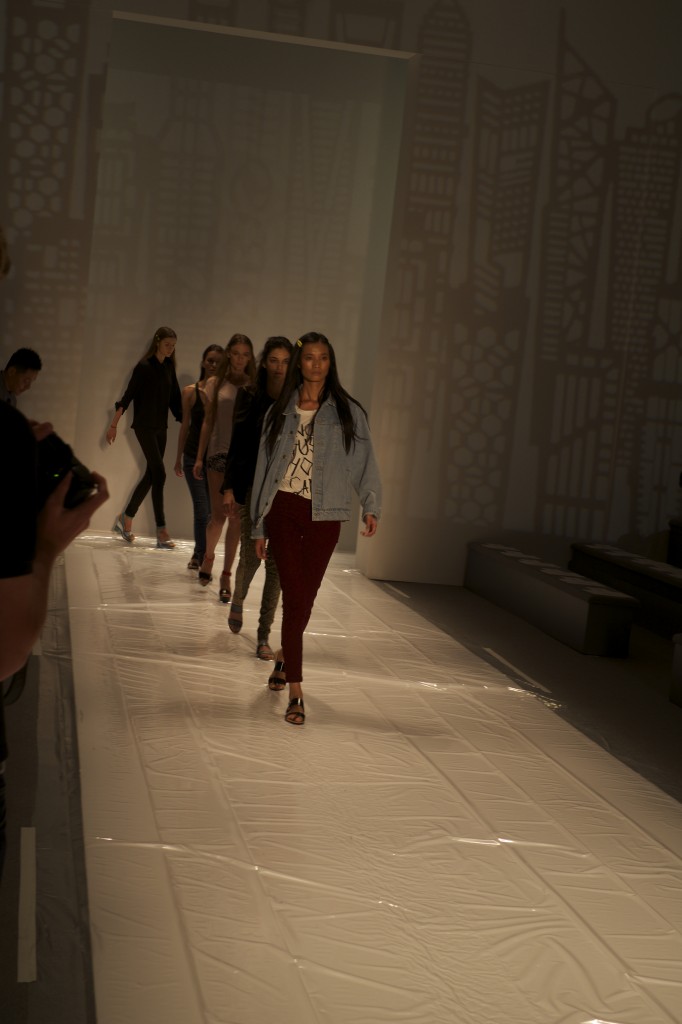 For many people their experience with New York Fashion week is limited to online coverage or magazines. I was very fortunate to have the opportunity to go behind the scenes and be in the middle of it. Not only was it inspiring to be in New York with so many people expressing themselves through their unique styles in the streets and seeing models and garments live on the runway, but documenting the experience and seeing what goes on behind the scenes made me appreciate how much hard work is put into Fashion Week. No one working Fashion Week whether it be designers, photographers, models, makeup artists or show producers is ever on a break, not until that week is over. From the outside they all make it look so easy, but the effort is enormous and just as amazing as the results. 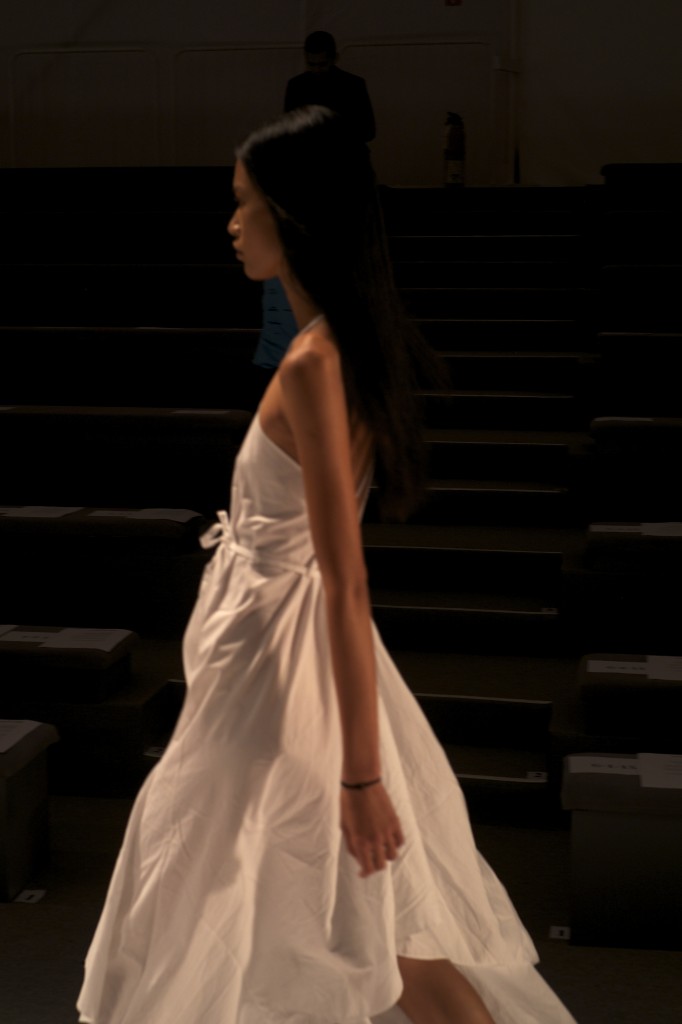 With the runway finale of Vivienne Tam’s show came the end of my quick trip to New York. Early the next day I had to catch a plane back home to Dallas and the trip was bittersweet. But even though I didn’t want to leave I couldn’t stop smiling because I knew I had just experienced one of the most important events in fashion and had a blast doing so with plenty of pictures to help me never forget.

For more runway and backstage shots check out the YouPlusDallas Flickr