Tweet
Pin It
Posted September 26, 2012 by Caitlin Clark in Beauty

consider one of my very best friends to be a bit of a bikini wax connoisseur. She’s been waxin’ since our high school’s winter formals, so she knows a professional from a nightmare pain inducer. I had only recently starting inflicting this particular kind of pain upon myself when this friend told me that wherever I was going was no good, The Pretty Kitty was where it’s it.  I had thought the salon I was going to was pretty good. Great atmosphere, cool dark-haired waxing ladies with soothing voices, and a great selection of magazines, but this particular friend knows what’s up, so I called and booked an appointment right then and there. 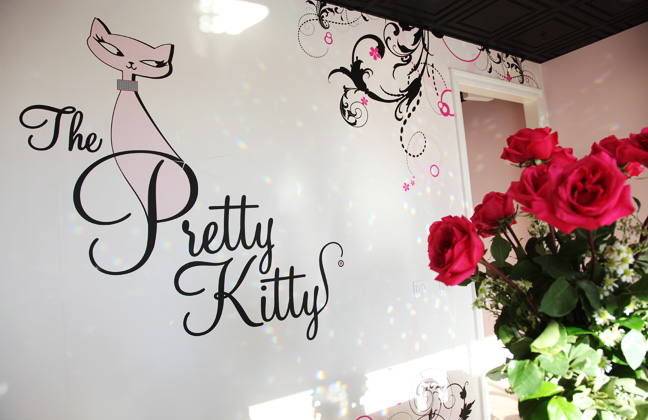 I was SO glad I did. Originally from California, The Pretty Kitty recently hit Dallas to do all sorts of waxing, but their specialty is obvious. The salon is pink and adorable just like the little pink (and slightly snarky) kitty that sits amidst its signage. That was the part I missed about my old salon, the atmosphere is girly and fun but it was lacking in soothing spa qualities. In the other salon, everything felt more secluded and relaxing. Even the women were more soothing. The ladies at The Pretty Kitty embody their setting: adorable but loud. Literally. I felt like everyone was speaking about a decibel higher than the social norm. By the end of my visit I felt like I was yelling just to try and keep up. 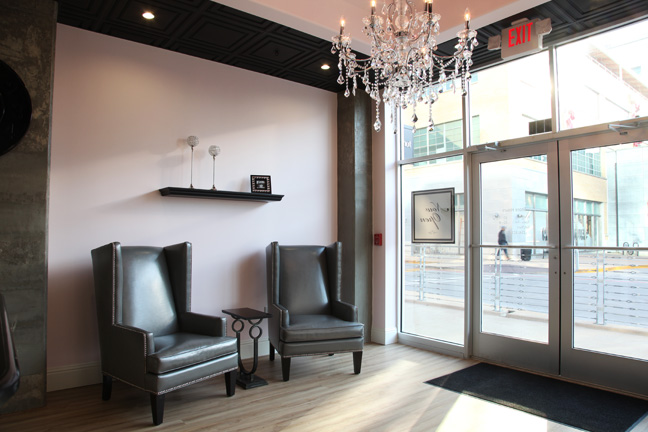 But aside from the loud talkers and the lack of dim lighting, the waxing part is really the most important. The Pretty Kitty dominated this portion for 2 VERY important reasons.

I quickly booked another appointment at The Pretty Kitty and will never look back. If you hate pain and mental torture, I suggest you do the same.

Your own hair bow

Pretty Pins: How bobby pins can do more than just hold your hair in place