Tweet
Pin It
Posted October 11, 2012 by Caitlin Clark in Celebrity

is one of those perfect Halloween movies that you can love from age 7 to 77. It’s so lighthearted and quirky and yet I still remember being absolutely terrified whenever Sarah Jessica Parker sang, “Come little children, I’ll take thee away.” That was scary stuff.

I digress. If you’re as big of a Halloween fanatic as I am, you’ve been planning your Halloween costume for a good three months by now. I’ve flip-flopped between everything from…

Kelly Kapowski (you can buy her Bayside sweatshirt here) 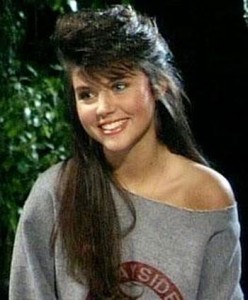 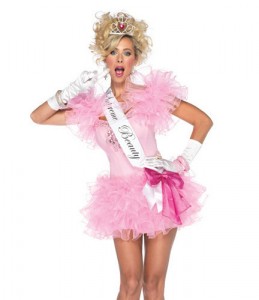 Khaleesi from Game of Thrones (here’s a cool tutorial) 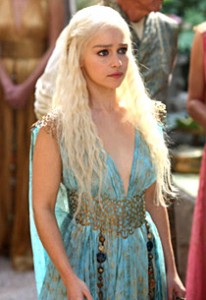 And the Sanderson Sisters from Hocus Pocus. 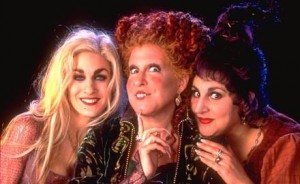 Unfortunately, I need two friends that are down for wearing floor-length gowns and teasing their hair, which I have had very little luck with. But if you have two girlfriends who aren’t afraid to get a little ugly (but awesome) this Halloween, here are a few ideas for pulling it off. 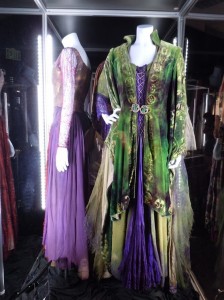 The oldest sister and leader of the witches has red hair, buck teeth, and no eyebrows. Unflattering? Yes, but she gets the coolest green embroidered costume and if you’re willing to shell out $2,500 for a replica, you’re almost guaranteed to win any costume contest. Throw in this DIY spell book and (if you’re adament about adhering to the Hocus Pocus theme) sport a corn broom. Winifred rides a corn broom at the end of the movie after the sisters’ real brooms have been stolen. I’m not sure what a corn broom is but if you do, go for it… 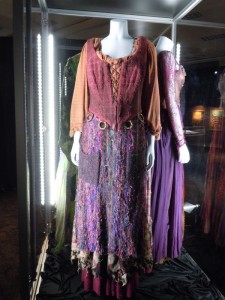 The most insecure of the sisters, Mary’s power is to sniff out children. Weird. She wears a much simpler peasant blouse and a long black and red plaid skirt. She also rides a vaccum cleaner at the end and has a bizarre updo. Your two friends should pay for your cocktails all night if you get stuck with this ensemble. 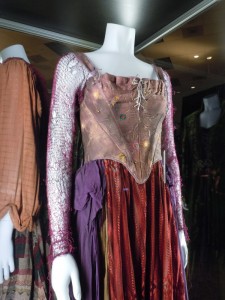 The beautiful but ditzy sister’s spell is to lure children to the Sanderson cottage with her siren song. Terrifying. She wears a low-cut mauve corset and a long purple skirt with a slit up the side. I suggest fishnets and some blond hair extensions. She rides a mop at the end of the film.

Since Disney is kind of a big deal and owns a lot of copyrights, it’s pretty difficult to find any exact matches to the costumes without spending at least a thousand dollars, but if you’re looking to get creative and have a lot of fun dressing up this Halloween, go for it! Bette Midler would be so proud.

A Few Of My Favorite (Summer) Things

In Honor of Bark-tober: Pugs of Halloween