Tweet
Pin It
Posted February 15, 2011 by Hilary Kennedy in Fashion

ashion Week-the week that fashionistas everywhere equate with Christmas.  For those of us not lucky enough to score invites to the runway shows (I’m certain mine were just lost in the mail due to the snowstorm in New York,) here is a quick recap of what we’re missing:

The theme this year seems like it’s based around sassy, independent women.  According to stylelist.com, “[Diane von Furstenberg’s] inspiration for her collection was strong, independent American women with style, like Diana Vreeland and Gloria Vanderbilt.”  MAC Cosmetics, who provided the model’s hot looks for the runway of her show recently launched a new line of Wonder Woman inspired makeup, furthering the superwoman surge that is hitting the marketplace.  (I attended the launch of the line here in Dallas, and all I can say is, wow.  Run and get the Spitfire lipstick…it packs a beautiful punch.)

Carmen Marc Valvo’s show featured strong, statement gowns with minimal makeup. The designer clearly felt that the clothes were accentuating a confident, powerful woman who didn’t need a lot of fuss to get the look across. The verdict? Delicate ballerina faces are a killer contrast to gowns that move.

In keeping with the Black Swan-esque motif that seems to pervade the runways, Donna Karan had the severe ballerina bun on her models, but balanced out the look with pearls and soft, flowy fabrics.  A strong, sassy chick doesn’t need lemon yellow and lilac to get attention, and Karan made that clear with her shades of gray and peach.

For what’s it’s worth from here in Dallas, I like what I see on the runway this year.  It’s sort of an unspoken celebration of women, and how with confidence, we can look good in just about anything.  Plus, it’s just good fun to have a lipstick tube with your superheroine on it in your handbag. 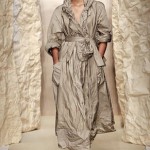 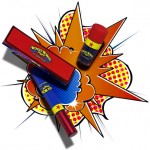 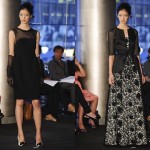 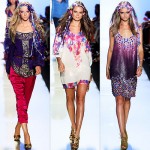 My Top 5 Rules for Estate Sales