Tweet
Pin It
Posted January 10, 2013 by Caitlin Clark in Fitness

have an unnatural affinity for Mexican. I perk up at the mere mention of queso and own enough cans of refried beans to make it through eight Hurricane Sandies. I’ve never thought this was something I needed to change, Mexican can actually be quite healthy and there are substitutions for almost everything. 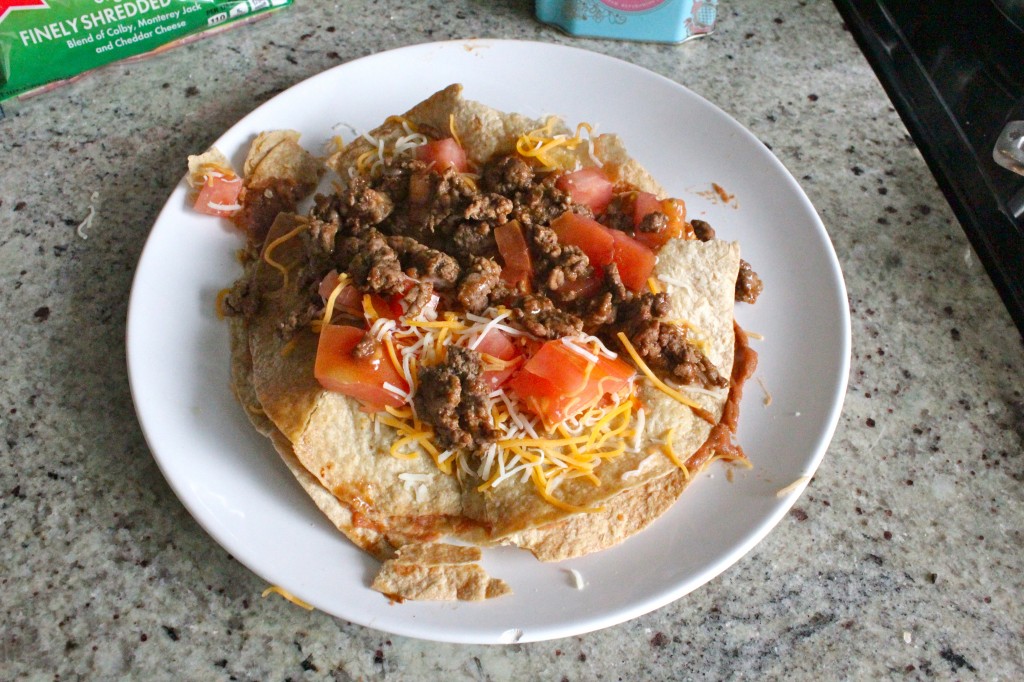 I’ve been playing with healthy Mexican recipes for a while (hence the unusual amount of beans) and recently came across this Mexican Tortilla Pizza from “Honey, What’s Cooking?” If you like those Mexican Pizzas from Taco Bell, this one’s for you. Crispy tortillas, creamy beans, melted cheese, and chunky tomatoes galore, but everything in the recipe was either organic, whole wheat, or low in fat.

I stuck pretty close to the recipe except for the scallions because I forgot them at the store. Every trip to the store, without fail, I forget one ingredient. I also added some lean ground beef spiced up with some Taco Bell seasoning. I would eat a shoe if it was smothered with Taco Bell seasoning. 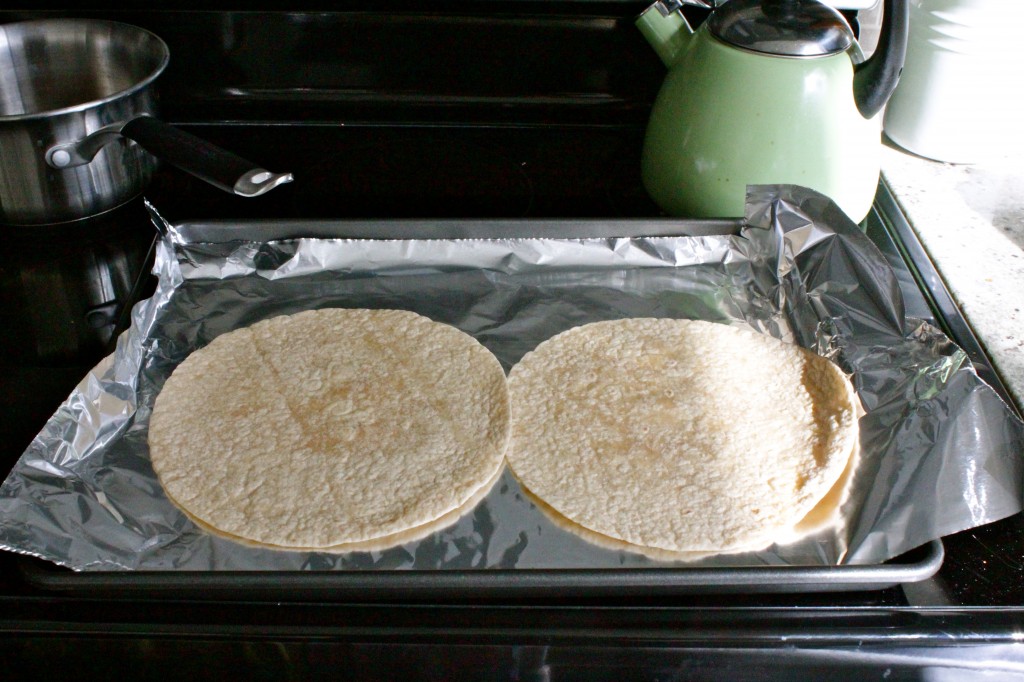 *cut up some tomatoes 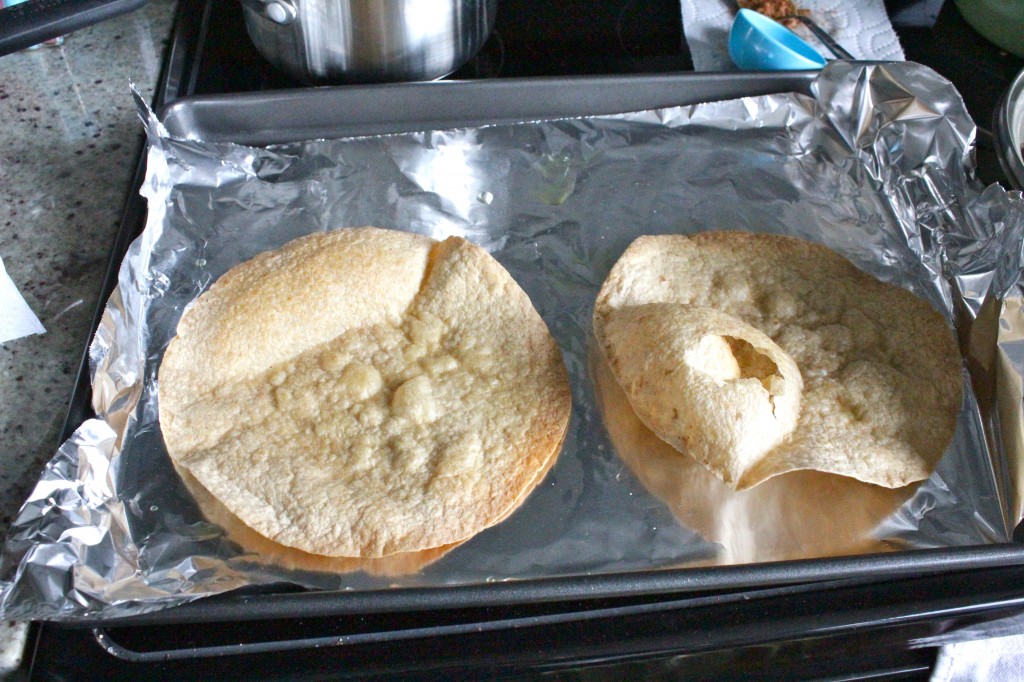 I poked a whole in the bubble to see what would happen; it was not the thrill I had expected 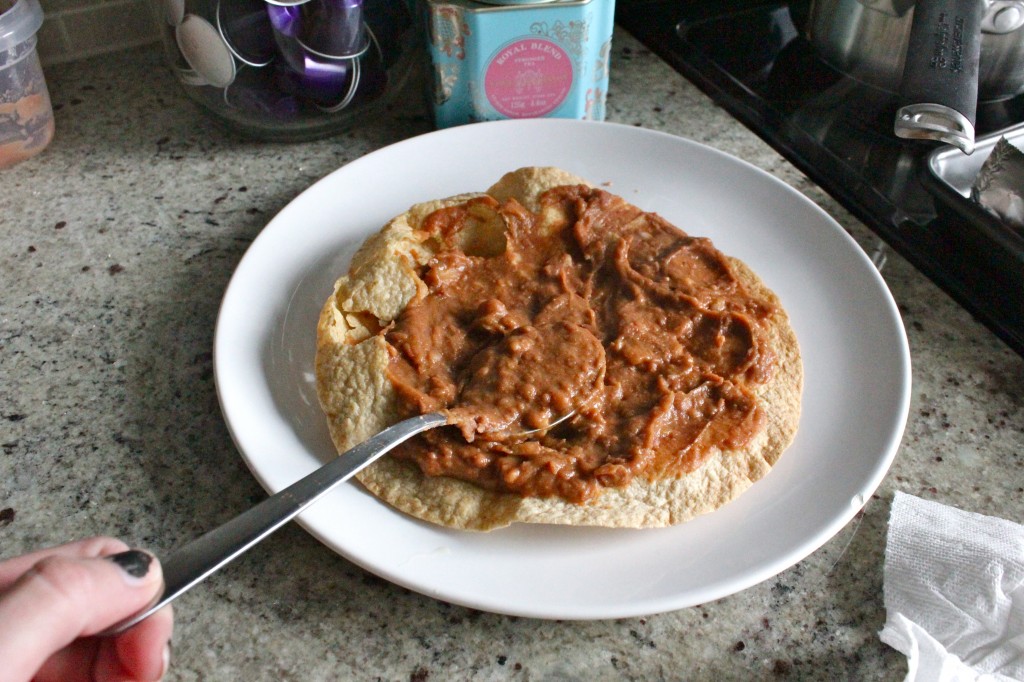 I apologize for my horrific nails 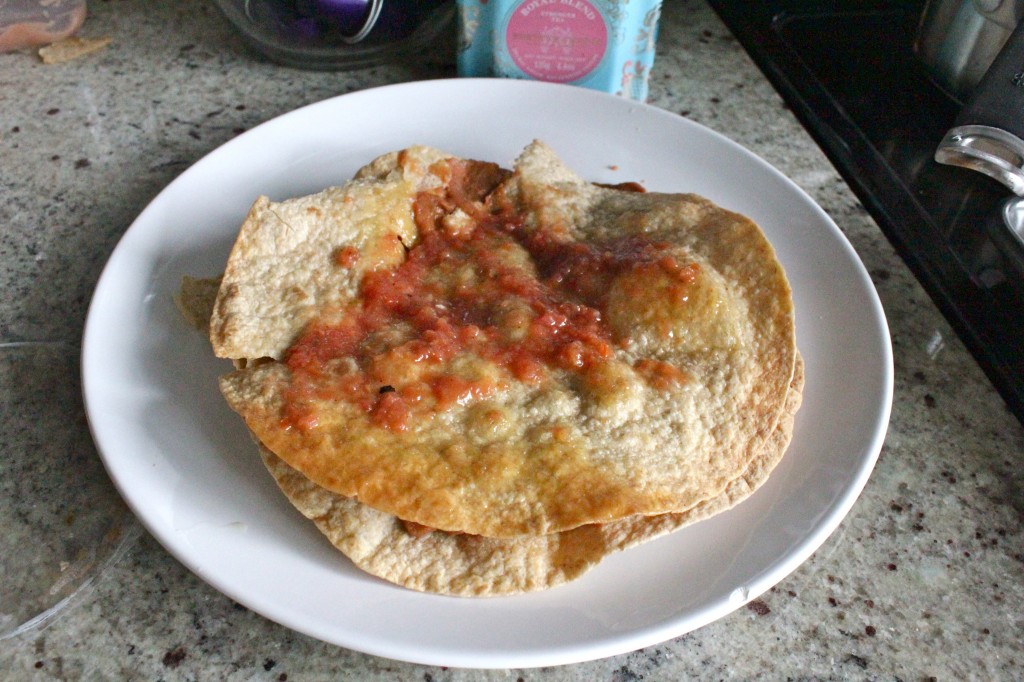 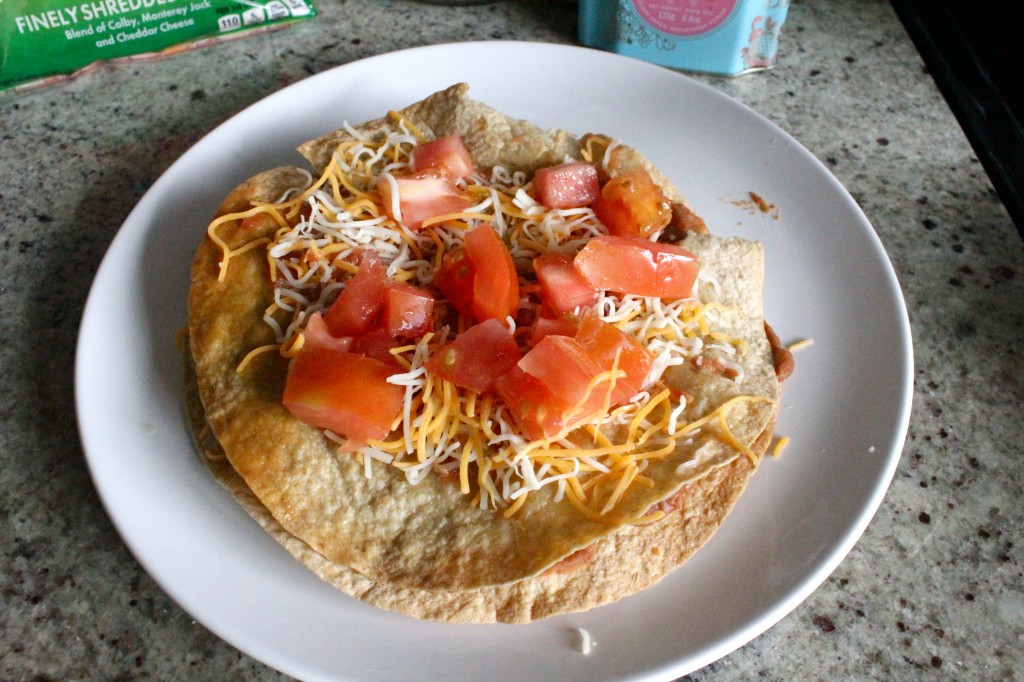 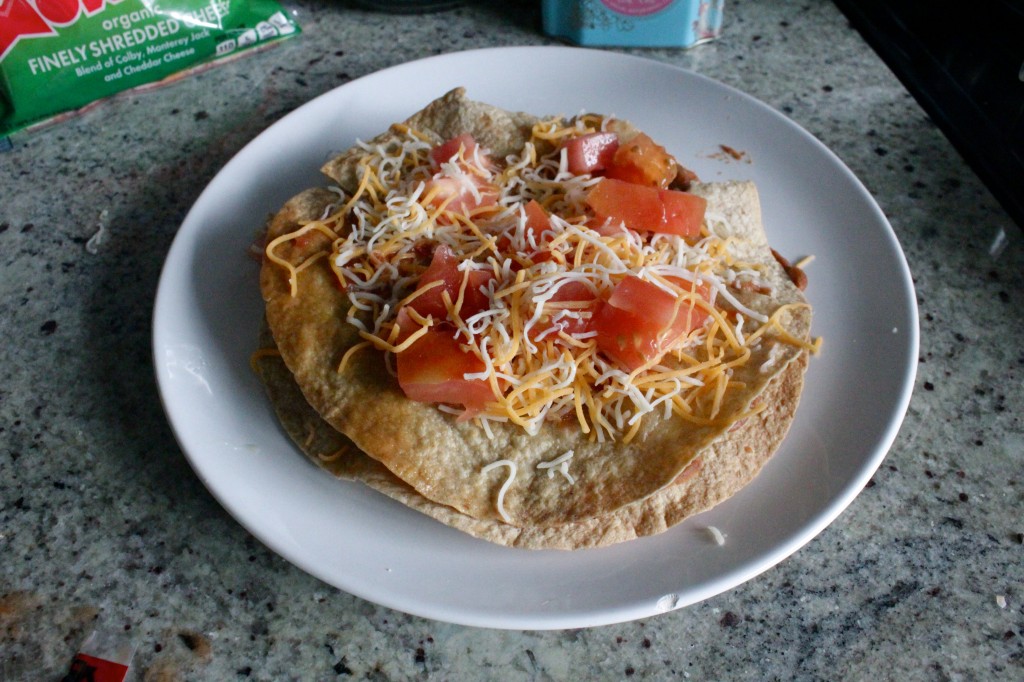 It may not have been the prettiest pizza, but those are always the ones that taste the best. Also, I never said a I was a chef. I’m actually a really horrible cook (mostly out of laziness) so you know this must be easy. If you want to see a pretty version, look no further than the original on “Honey, What’s Cooking?“, it’s a work out art.

But as far as my attempt goes, my cat, Mila, is as picky as they come, and she gave her approval. 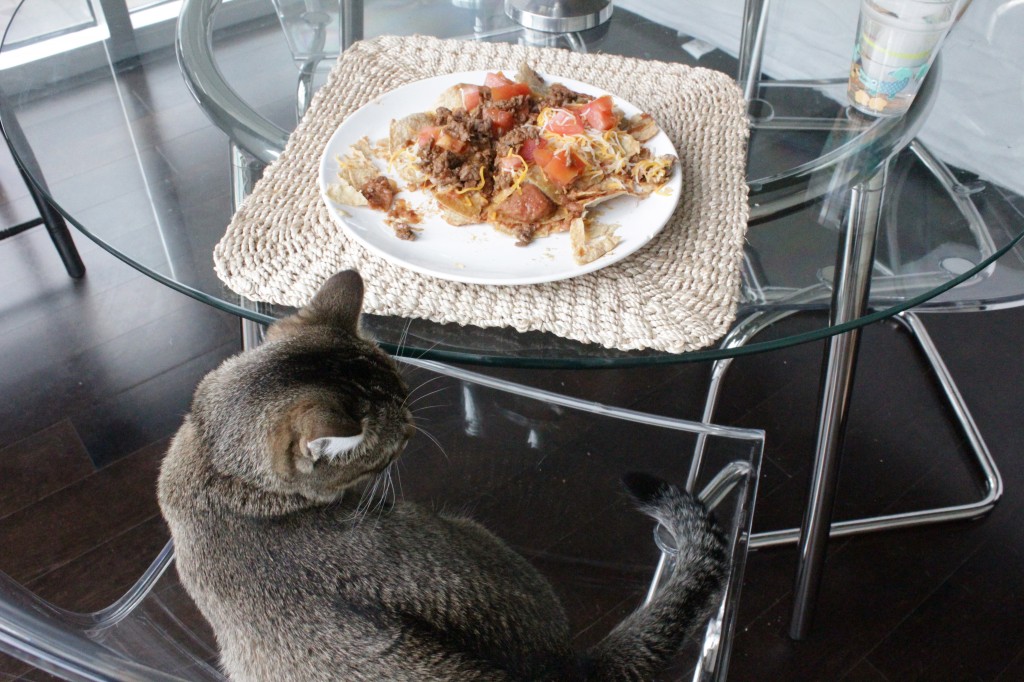 Workout At Home – No Equipment Needed!

To Juice or Not to Juice? That is the First World Question

Some St. Patrick’s Day cocktails to get you though the weekend