Tweet
Pin It
Posted June 1, 2012 by Hilary Kennedy in Events 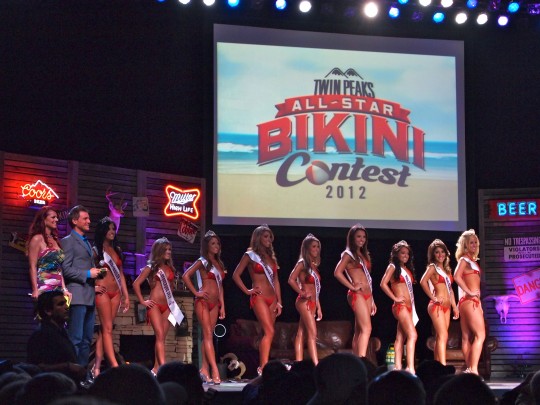 t’s a strange feeling judging people doing something that you yourself would never be brave enough to do.  But that’s exactly what I did this week. 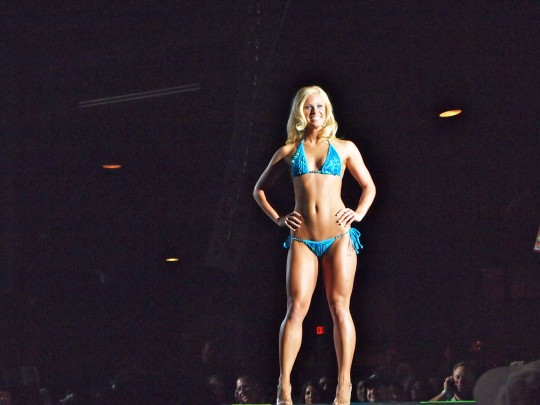 Other than limited experience on Spring Break, I haven’t seen many bikini competitions.  Oh, I’ve seen pageants like Miss Texas and Miss USA where there is a swimsuit portion of the competition, but it usually counts the least towards the final score.  In a real bikini competition, it is the final score.  When I was asked to judge the Miss Twin Peaks All-Star National Bikini Contest, I thought it sounded like a chance to keep my self-esteem in check and motivate me to stay away from donuts.  I happily agreed.  Turns out, Donnie Nelson, general manager of the Dallas Mavericks and Courtney Kerr, featured last season on Bravo’s Most Eligible Dallas were also on the judges’ panel, which meant I was in good company. 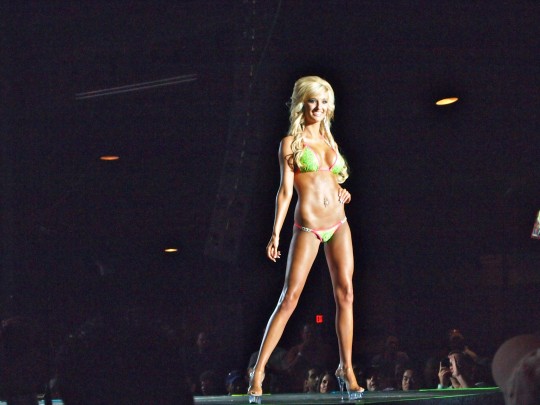 Though I haven’t seen too many of these contests live, I have to admit: I wasn’t expecting it to be this classy, or this fun!  When I pictured a bikini contest, I envisioned rows and rows of unruly college guys tossing back beers and emitting war cries.  Turns out, it was nothing like an unsavory Spring Break at the Palladium Ballroom where the competition was held on Wednesday night.  Oh sure, there was a little drinkin’ and plenty of enthusiastic applause, but the overall tone of this event was good, clean fun.  And the production was out of this world wonderful. The show featured two lively hosts, behind-the-scenes video from a fun photo shoot with the contestants, and plenty of back-story on how these ladies arrived on the national stage.  Some of them were students, a handful were mothers, some were even married ladies who just want to show off their hard-earned bodies.  There were quite a few seasoned fitness competitors too, and it showed.

I saw more abs at this event than Chan Tatum in Magic Mike.  These girls aren’t the type who proclaim, “Oh, I never work out. I’m just naturally thin and toned.” They were kind enough to divulge their workout secrets-some attribute high, tight rears and sculpted arms to P90X, some to running, and a few to rigorous ab exercises.  I immediately felt inspired to invest in the Ab Roller.

When we chose Tember from Omaha as the new Miss Twin Peaks 2012, the crowd went wild, though still a controlled wild.  Rather than just gratuitous sex appeal, this event was promoting good fitness, female empowerment, and providing these young girls a way to capitalize on those physiques they work so hard to perfect.  The winner walked away with $5,000, the runners-up with several thousand each as well.  Who says bikini contests aren’t a lucrative investment?  Though my twin peaks are way past being brave enough to strut their stuff in a teeny bikini, I have a new-found respect for those who do. 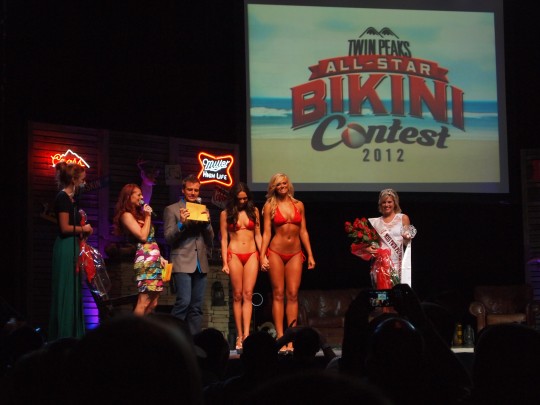 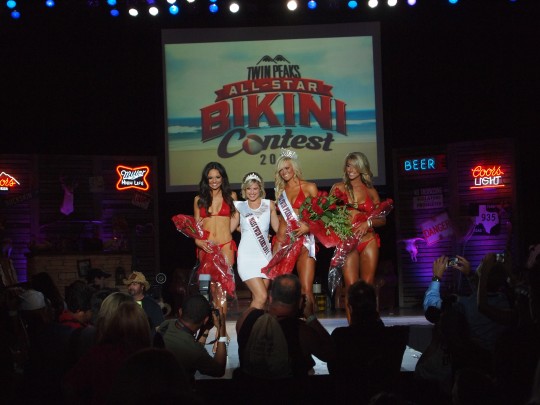