Tweet
Pin It
Posted December 28, 2012 by Caitlin Clark in Celebrity

Why Mindy Kaling is My 2013 Inspiration

indy Kaling has always been on my radar as a cool chick on television. She got a little cray every now and then on The Office, but I could tell there was an aura of unexplainable awesomeness underneath those pink tops and desperate attempts for Ryan’s attention.

As far as lady TV idols go, New Girl captured my heart immediately, as did Girls, and Revenge quickly replaced Gossip Girl as that show I can’t ever really follow but love nonetheless. But I never related to Jess, Emily, or any of those girls on Girls, probably because I don’t live with three boys who could never exist in the real world, or plot to burn lives to ground, and I think I’d be afraid to even speak to Jessa if she was a real person. When The Mindy Project came on, I knew I had found my TV idol. 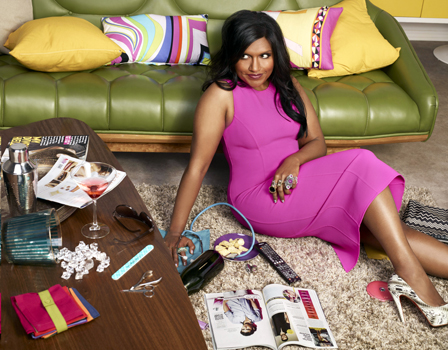 Mindy will more than fill the inevitable hole Liz Lemon will leave in my heart when 30 Rock comes to an end for several reasons. She’s a lot like Liz in the determined, working girl sense. You love her despite her many bizarre flaws, but I think that Mindy has more of a hold on the twenty or thirty-somethings of our generation. Mindy is a strong, intelligent woman who just wants to go clubbing, be Diane from Cheers on Halloween, get life advice from a Barbie, put ice in her red wine so it tastes more like Sangria, throw a great Christmas party and have a great monogamous boyfriend. If that’s not me and every single one of my girlfriends, I don’t know what is. Apart from the Barbie and Diane from Cheers thing… not so much. But her unreal New York apartment makes up for that. 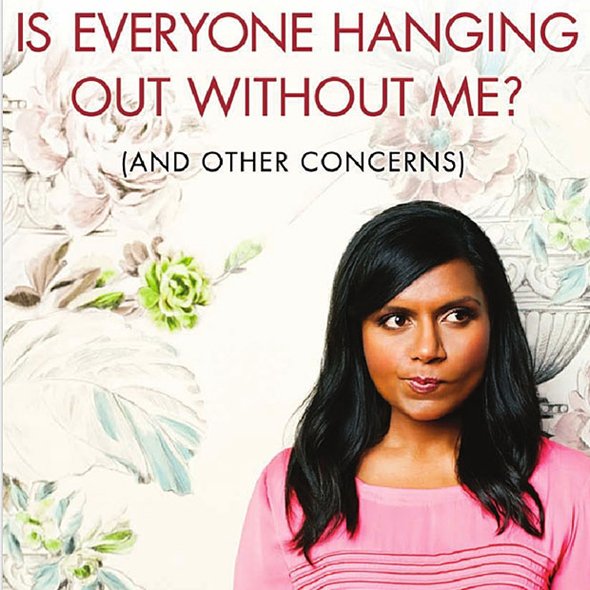 Mindy also wrote a book titled, Is Everyone Hanging Out Without Me? (And Other Concerns). FOMO is real y’all. She’s a girl after our own heart, and as big as 2012 was for Mindy, I can’t wait to see where 2013 takes her.