Tweet
Pin It
Posted December 3, 2012 by Samantha Alexander in Celebrity

Kate Middleton has a Royal baby on the way! 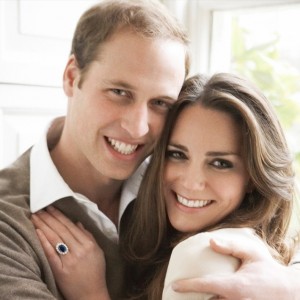 he pitter patter of a child’s feet will soon be heard throughout British royal homes once again. William and Kate, a.k.a. the Duke and Duchess of Cambridge, have announced that they are expecting their first child. Congratulations to the royal couple!

The news was announced on monday along with reports saying that Kate Middleton had been  admitted to the hospital with an acute case of  hyperemesis gravidarum, but no further details regarding how far along the Duchess is have yet been publicized.

Thanks to revisions made to the old succession laws, the new addition to the royal family will be third in line for the throne, whether the child is a boy or a girl. Either way this is exciting news for England, and of course for Kate and William! Think of how amazing her baby shower will be.