Tweet
Pin It
Posted September 27, 2012 by Caitlin Clark in Celebrity

while back I tweeted – “Mercy” has to have something to do with Kim Kardashian. I mean “a**quake”? Come on. #kimye. –

Pardon my language. It was not my own. I don’t think I could have come up with that one if I tried. After the world’s most adorable kitten was gifted from Kanye to Kim and named Mercy, my tweet was validated. I am a devoted Kimye fan. I make sure any KUWTK episode with even a threat of a Kanye gets recorded. So obviously I am thrilled about this perpetually anxious looking cat. 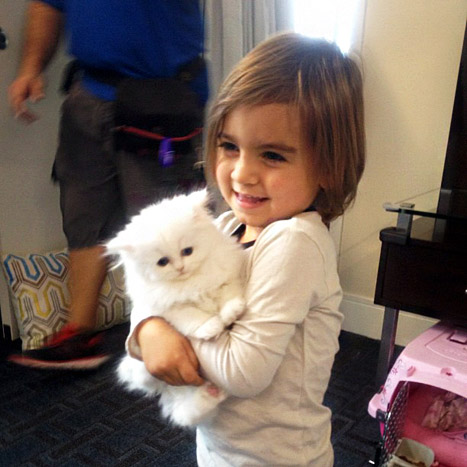 Further feeding into my Mercy obsession is the person who created the parody Twitter, Kim Kardashian’s Kat. Thank you, person. Some of Mercy’s choicest tweet replies:

@KimKardashian I don’t think Mercy wants me on the computer anymore. 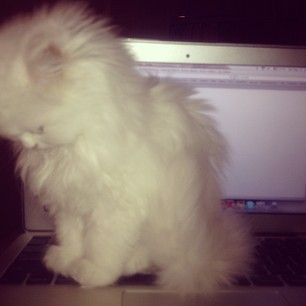 Mercy: She Googles herself all day long

@KimKardashian Hey @Cody Simpson where u at? I’m in Sydney! Heading to the gold coast next!

@KimKardashian The cat in the hat 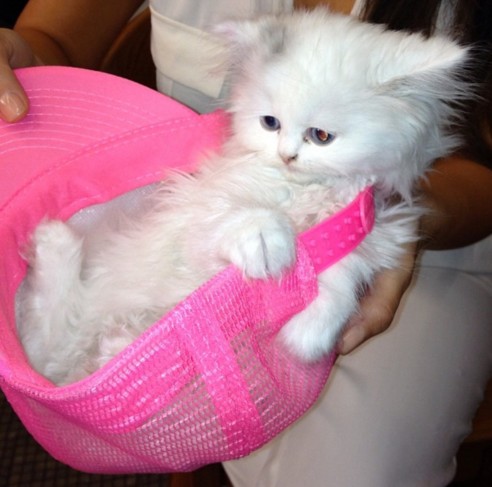 Mercy: Can you tell I hate this? And bright pink? Have mercy. 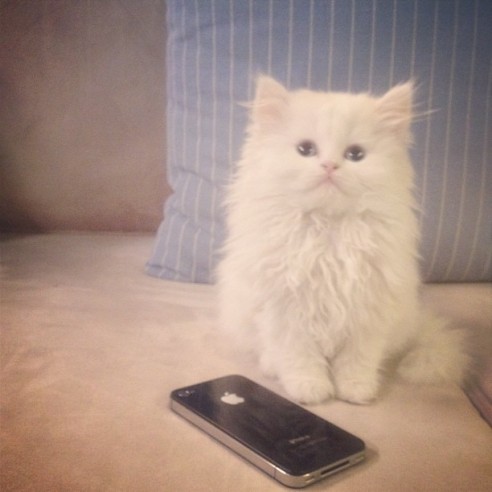 Mercy may not be lovin it at the Kardashian casa, but that cat is going to be getting a front row seat to Kardashian chaos and Kimye magic. Hence, I want a day as this precious little kitten poof. Just a day.

How Big is TOO Big?

Amanda Bynes: a Cry for Help?

AJ McCarron’s Girlfriend, Katherine Webb: A How To Guide

It’s Official! Kim Kardashian and Kanye West are Having a Baby
Recent pins